What is EMV™ and Other EMV™ FAQ

EMV™, also known as a chip card, is a globally accepted smart chip technology payment standard established by Eurocard, MasterCard, and VISA in the early 1990s. EMV™ cards come with an embedded microprocessor that provides better transaction security, card authentication, and additional application capabilities not possible with traditional magnetic stripe cards. The chip on an EMV™ card interacts with the merchant's point-of-sale device and is very difficult to duplicate.

EMV increases security and fraud protection against counterfeit. lost or stolen payment cards. EMV™ also enables interoperability with the global payments infrastructure. In other words, EMV™ cards can be used with any EMV™-enabled terminal anywhere in the world.

How does EMV™ help prevent fraud?

Each EMV™ card comes with an embedded smart chip that is programmed by the card issuer to create a unique cryptogram (a secret code) for every transaction. The code represents a randomly generated numeral provided by the point-of-sale (POS) terminal at the time that the purchase amount is keyed in by the cashier. Use of an EMV™ chip triggers cardholder verification required for authentication: Chip & PIN; Chip & signature; or nothing. If connectivity with the card issuer is unavailable during the transaction. the chip determines whether the transaction may be processed offline.

What is the timing for EMV™ in the U.S.?

The U.S. is one of the last industrial countries to migrate to EMV™ chip card technology as a payment standard. October 1. 2015 marks the date on which fraud liability has shifted for all non-EMV™ enabled point-of-sale devices (except for automated fuel dispensers at gas stations). U.S. Banks have already started issuing EMV™ cards and at the end of 2015, there are 166 million EMV™ credit cards and 105 million EMV™ debit and pre-paid cards in circulation in the US.

What exactly does the liability shift mean?

Starting October 1, 2015, the party that provides the most EMV™ options will be protected from financial liability originating from counterfeit. lost or stolen card-present transactions. For example, if a chip card is presented to a merchant who has not adopted an EMV™-enabled terminal, liability for counterfeit fraud will shift to the merchant's acquirer who will likely charge the fee back to the non-EMV™ compliant merchant. If a counterfeit magnetic stripe card (non-EMV™ chip card) is presented at an EMV™-enabled terminal, liability will remain with the card issuer.

Am I required to support EMV™?

You are not required by law to support EMV™ at this time. However, you may be putting yourself and your customers at risk, as fraud liability migrates to non-EMV™ enabled parties. Ensuring that your POS terminal(s) are chip capable and that your payment processing application can accept EMV™ chip cards is good business.

Who is enforcing EMV™?

There is no government entity or authority that is overseeing or enforcing migration to EMV™ in the US. However, the Payment Card Industry Security Standards Council (PCI SSC) and EMVCo, the official EMV™ standard governing body, are collaborating with major card issuers on EMV™ chip technology adoption and implementation in the US. As such, all SMBs and merchants who are accepting electronic card payments will be required to continue meeting PCI security compliance processes and be subject to the liability shift set forth by card issuers.

What happens if SMBs and merchants don't upgrade their POS system to EMV™?

Starting October 1, 2015, the merchants whose POS system is not EMV™-enabled will assume full liability risk for fraudulent card-present transactions when processing chip cards on a non-EMV™-enabled terminal. Also, migration to EMV™ is a perfect opportunity for SMBs to enhance their electronic payment acceptance by adding additional payment forms including PIN debit, NFC (e.g. Apple Pay™), and introducing other value-added programs to engage with their customers.

Why do SMBs and small merchants have to worry about counterfeit, lost, or stolen card fraud?

As recently published and widely covered card breaches at several large national retailers in the US have illustrated, card fraud can be extremely costly and damaging to a brand - for small businesses such an incident could be catastrophic. In addition to minimizing the risk of fraud, merchants implementing EMV™ chip payments in neighboring countries, including Canada and Mexico, have reported a significant decrease in fraudulent transactions.

How are EMV™ transactions different?

With EMV™, customers will no longer hand over their payment card to a store associate/cashier for processing. Rather, a customer will keep the card in his/her possession and control at all times. Instead of swiping the card, as in the case with magnetic stripe cards, the customer will insert or "dip" the card into the EMV™ card reader and leave the card in the terminal until prompted to remove it. Because the customer will be required to insert (or tap, in case of an NFC card) the card, follow the prompts, enter the PIN, and/or sign and remove the card at the appropriate time, an EMV™-enabled payment device will have to be available.

When is a signature required with a chip transaction?

Although chip cards that require a PIN will be the norm, some may be configured to allow for a signature. From the merchant's and cardholder's perspectives, nothing changes. The card must remain inserted in the terminal during the entire transaction. If a chip card is removed prematurely, the transaction will be canceled. The terminal determines whether a PIN or signature is required, and the employee simply follows the prompts. When a signature is required, a signature line is printed on the receipt for the customer.

What can SMBs and merchants expect from the change?

EMV™ will change the way SMBs and merchants accept debit and credit payment cards at the point-of-sale (POS). The key areas to consider are upgrading the current POS payment system(s), and employee training.

What can merchants do now to prepare for EMV™?

To migrate and successfully adopt EMV™ chip card technology, merchants must first clearly understand EVM's requirements, timelines, and potential impacts in their business operations. Merchants should engage a POS provider to assess their operations and develop a roadmap for migrating to an EMV™-enabled payment system. 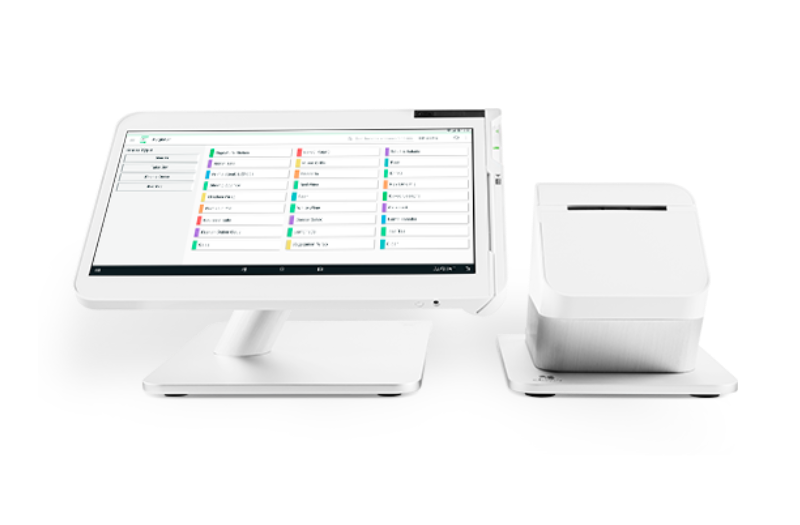 Small Businesses: The Cost of a Data Breach Is Higher Than You Think

Let us know what you think